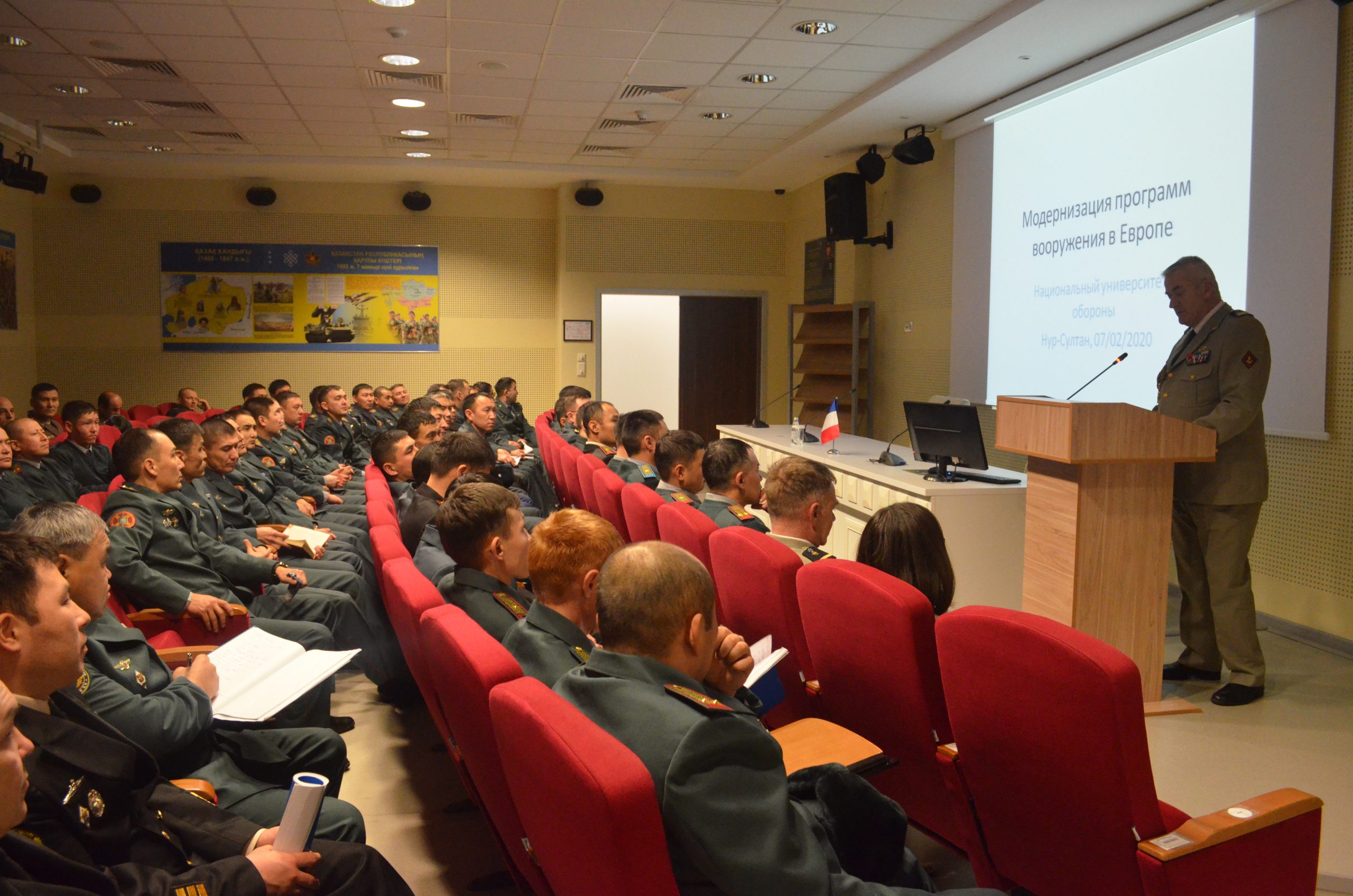 On February 7, this year, the national defense University named after the first President of Kazakhstan – Elbasy held a lecture by the French military attache in Kazakhstan, Colonel S. Samaran, on the topic “European concept for the modernization of weapons and military equipment, and France’s participation in it” for undergraduates, doctoral students and faculty of the University.

During the lecture, the issues of planning and implementing the modernization of weapons and military equipment of the French armed Forces, as well as the specifics of domestic and European rearmament programs were revealed.